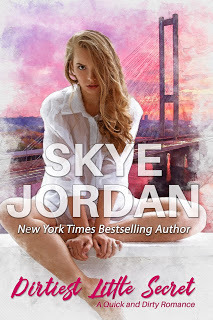 She is his fantasy…

Ava Jennings has spent her life dedicated to her family’s steel business. So when she catches her fiancé engaging in extracurricular activities under his desk with a coworker, Ava fires him on the spot. With her self-esteem at an all-time low, Ava throws caution to the wind and heads to a well-known, wild biker bar. She’s determined to prove she’s capable of the spontaneous, wicked-hot sex her fiancé was searching for outside their relationship. And she finds all that and more in a rugged, edgy motorcycle mechanic, the one man in the bar who eclipses all the others.

Isaac Banks doesn’t talk to members of the Steel Warriors motorcycle club about his painful past. All they know is he’s the best bike mechanic in the state, which is exactly how he likes it. Ava doesn’t recognize him as the awkward kid who used to spend Sunday nights at her dinner table with their families, but she’s sure interested in the man she thinks he is now. She’s from the world he left behind, and he knows he should walk away—but it’s impossible to say no to the woman who starred in all his adolescent fantasies. All he wants is one night to get her out of his system. Because there was no way she could live up to his dreams.

But he’s wrong. One night will never be enough.